Award winning composer
Bjorn Berkhout is
Associate Professor of Music
and Chair of the Music Department at Queensborough Community College.

Contact Me
Dr. Berkhout received his Doctorate in Composition at Northwestern University where he was awarded the Faricy Award for Creative Music. He’s also an active cellist, having received his Masters Degree in Cello Performance from the University of Minnesota.

In 2015, 2017 and 2018-2019 Dr. Berkhout was selected as a finalist for The American Prize in Composition—professional chamber music division. Dr. Berkhout was awarded 2nd Prize in the 2006 Gustav Mahler Composition Contest for his work Eclipse, which was premiered in Viktring, Austria by the Janus Ensemble Vienna. In 2004 he was the winner of the Omaha Symphony Guild’s International Composition Contest for his work REM, a Lucid Dream Fantasy for solo cello and two chamber orchestras, which was premiered by the Omaha Symphony in 2005. His work Zapstar was one of six works selected from over 230 submissions for the ALEA III 2003 International Composers Contest and his composition Visual Sound, which had its premier in Amsterdam, was nominated for the Gaudeamus Prize 2000.

Twice he was selected as a semi-finalist for the prestigious Raymond and Beverly Sackler Music Composition Prize.  He has received attention at many national and international festivals including June in Buffalo, Music Ninety-Eight in Cincinnati, the Gaudeamus Festival in Amsterdam, and the New Music Symposium 2001 at the Domaine Forget in Canada.

His musical 'The Hurricane’ (a retelling of Shakespeare’s The Tempest set on Fire Island) was premiered at the New York International Fringe Festival. He is currently developing a new musical called 'Paul Gets Eaten By A Draon'.
"Zing" on Interlochen Public Radio
​Listen Here (part 2) 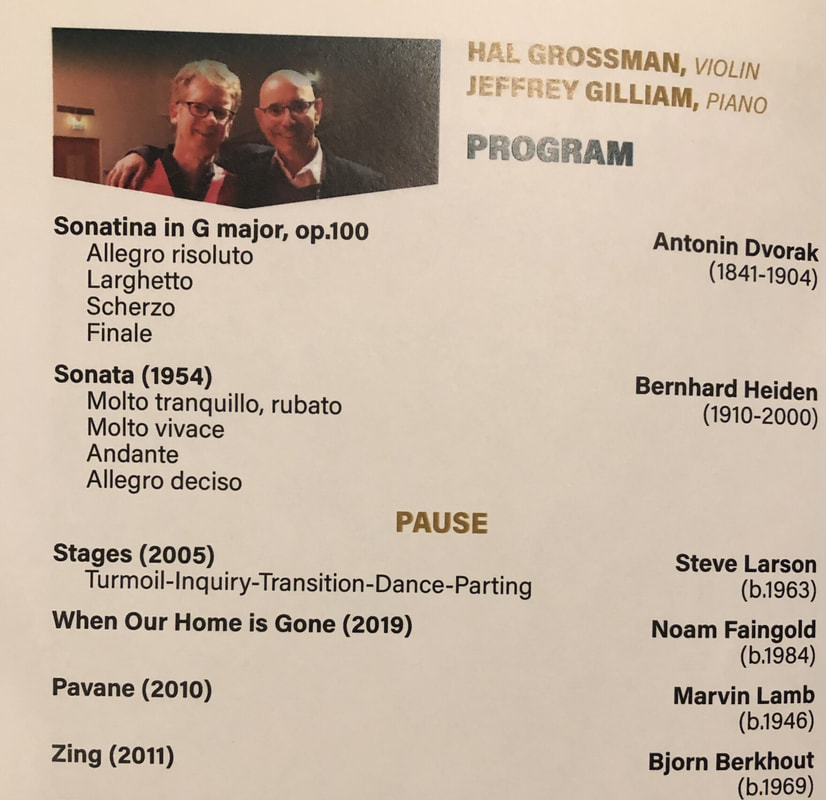